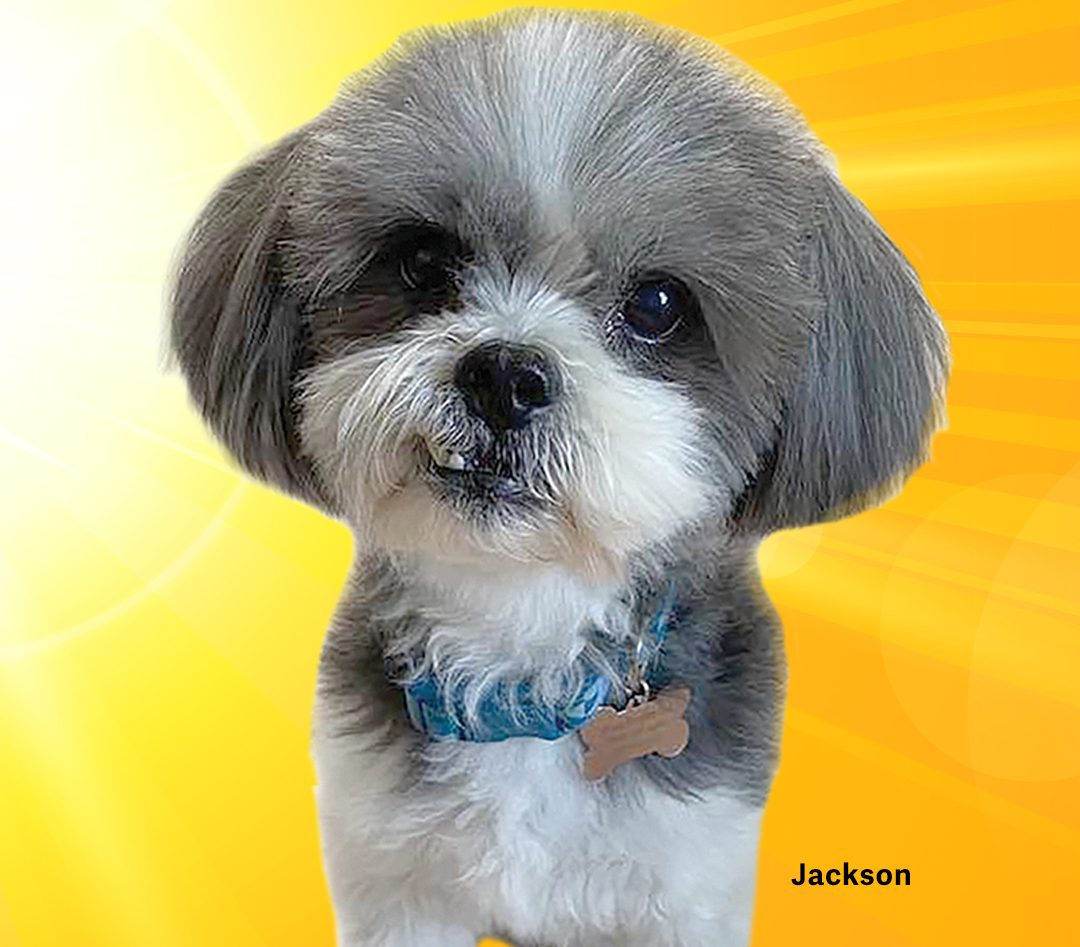 It’s the smallest animals that have the biggest hearts… and sometimes that’s more literal than you realize.

Jackson, a senior shih tzu, was found abandoned in an apartment, forced to wear the same belly band for two solid weeks.  A kind landlord made sure he had food and water but Jackson needed out.

That’s where the Humane Investigations Department at Friendship APL came in.  We were able to bring Jackson to our shelter for some badly needed TLC.  Jackson was underweight, stinky and badly matted but was as sweet as pie!  We thought his luck was changing for the better.

Then Jackson was attacked by another dog.  He sustained multiple puncture wounds and was rushed to the emergency vet for an evaluation.  Fortunately, Jackson only sustained minor fractures to two of his toes. But the x-rays revealed something more alarming.

Jackson’s heart was as big literally as it was figuratively!  You could feel the solid thumping of every heartbeat in his pigeon chest. His heart was so large, in fact, that it was causing collapsing trachea.  Jackson was prescribed multiple pills to assuage the symptoms of his enlarged heart and placed in a foster home to recuperate.

Snaggle-toothed Jackson become Friendship APL’s unofficial mascot, since his foster mom was an employee. This meant Jackson came to hang out in the offices every day.  The resilience and forgiveness packed into his shaggy, seven pound body impressed us all. Jackson didn’t care about his past. All he cared about was tricking you into sitting down so he could fall asleep in your lap and mastering his puppy-dog eyes so he had a steady supply of yummy treats. 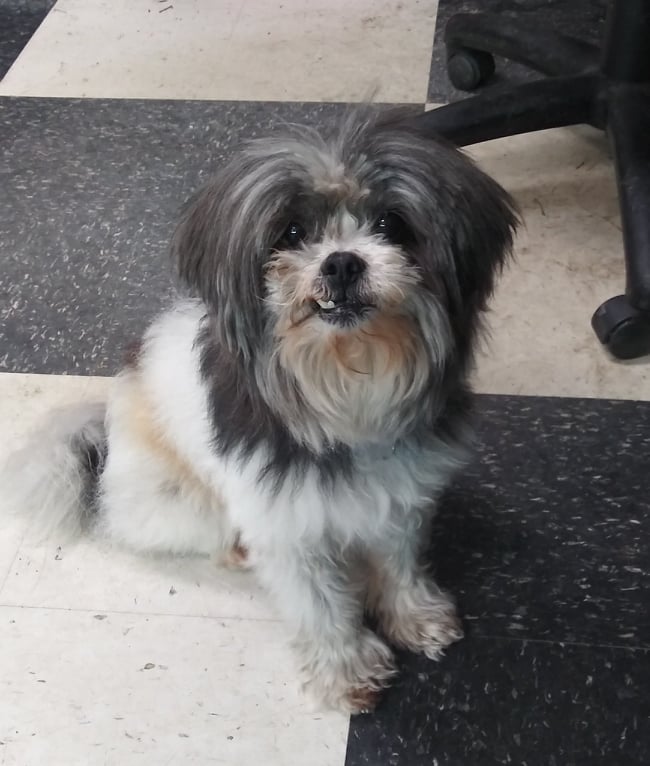 As it turns out, our volunteers couldn’t help falling love with Jackson too.  Not one but TWO volunteers had the pleasure of bringing Jackson home and showering him with love.  We’re delighted to report one of those volunteers made his stay a permanent one.