Friendship APL received an urgent phone call in the middle of October from a local veterinary hospital. Someone had brought in a puppy with a severely broken leg. The 4 month-old Lab mix had been living in a auto shop and an employee had accidentally run the pup over with a tow motor. The owners had no money to treat the dog, so they surrendered him over to the vet clinic. 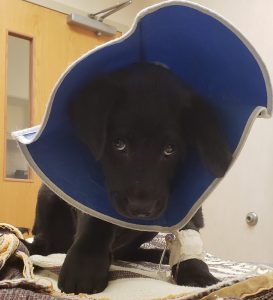 Diesel prior to surgery.

He arrived at the hospital smelling of old motor oil, and so we gave him the name Diesel. We rushed him over to West Park Animal Hospital where X-Rays confirmed he would need to have his leg amputated. Diesel went into foster care following his surgery where he began his road to recovery… on a couch!

He recovered very quickly and was soon able to get around the house without much difficulty. He was the perfect dog to help promote our foster program, so he was scheduled to make an appearance on Live on Lakeside. He was the hit of the show! Everyone fell in love with the sweet and gentle pup with three legs including the woman who would eventually go on to adopt him a few weeks later. Emily Kaufman (AKA The Travel Mom) was in studio promoting her brand when she met Diesel. She knew immediately that this would be the newest addition to her family. After all, her husband’s nickname was Diesel! It was fate!! 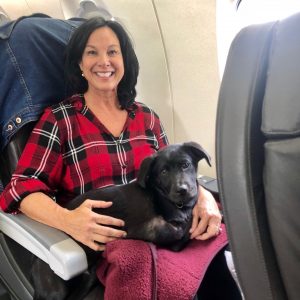 Diesel and Emily flying to their new home in Los Angeles

A few weeks later, Diesel was cleared by the veterinarians to head off to his forever home. There was just one more hurdle to overcome! The Travel Mom lives in California. The foster family was nervous about Diesel flying in cargo after everything he had been through. Emily let us know, we need not worry! She flew all the way in and adopted him Live on Lakeside, and the two of them flew first class back to LA!

The story does not end there. Emily and Diesel are working toward getting certification to become a therapy dog. Their hope is to one day visit children who may have lost a limb and bring some comfort 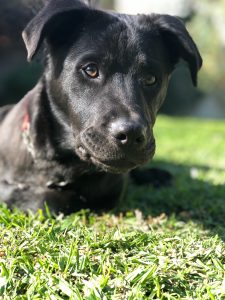 to them in their recovery. 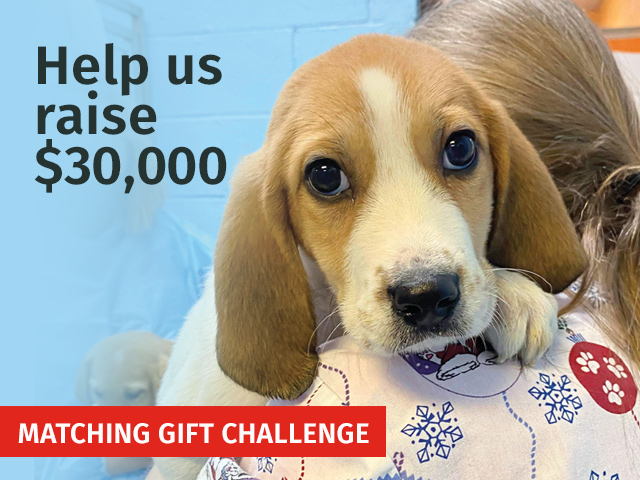