On October 15th, the good folks at Landmark Lawn & Garden Supply in Avon, Ohio provided space for FAPL staff and volunteers to set up shop on the warm and sunny Saturday afternoon.  Complete with a hay maze and pumpkin painting for kids, pet adoption was also on the list for grown-ups and children alike.  Accompanied by five residents of the Friendship APL, the human crew brought in three cats and two dogs to show off to the public.  One of the canines that was with us that day found her forever home after only a few hours.  Wilma the Chihuahua quickly found comfort in the arms of her new companion as it seemed to be a match that was destined to be made. 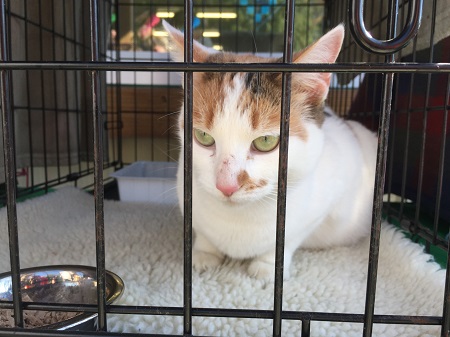 While other staff answered questions and educated the Landmark customers on the animals that were present, I was distracted with the second dog, Hank. Hank is a retriever/terrier mix that we picked up from the Richland County Dog Shelter not a week prior to the day’s event.  Instead of being the example of pet promotion excellence, I was the victim of tail-wagging affection.  Yeah, I fell for it.  Guilty as charged.  Nevertheless, Hank had his fair share of admirers throughout the day with several inquiries made about the bronze beau. 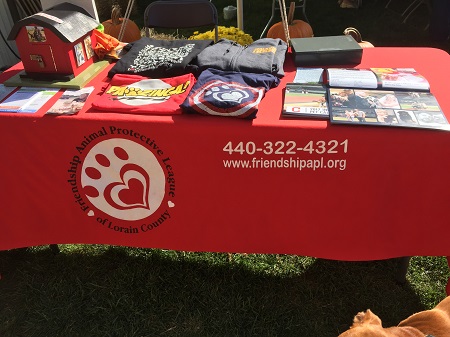 FAPL sets up shop at Landmark Lawn & Garden in Avon.

He loves to play, enjoys the outdoors and makes for a great watchdog. The latter was proven when a nearby bystander had accidentally tripped their own car alarm to which Hank promptly responded, his eyes fixed on the source of the audible abnormality.  Hopefully luck is right around the corner form him.  With that being said, let’s hope the same is true for the three cats on hand that day.  With personalities diverse as any human’s, the three people-loving felines are hoping that, like Wilma, they too capture the eyes of the next companion-seeking person that passes by their cage. 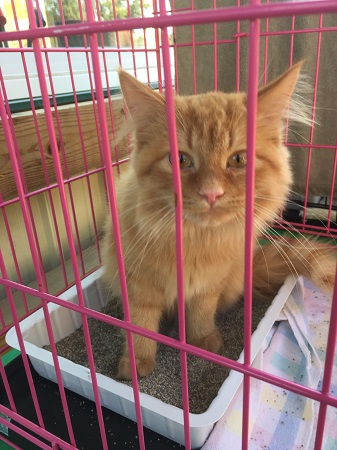