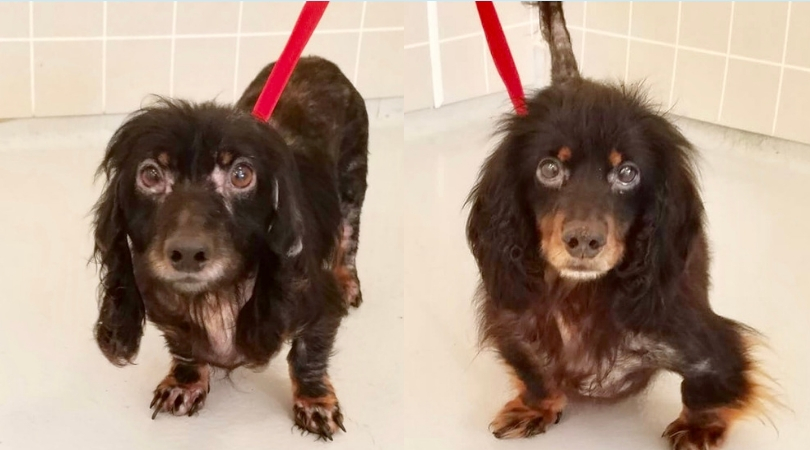 When Friendship APL got a call about two senior dachshunds that were found roaming the streets of Wayne County, we knew we had to come to the rescue. It was clear from the photos that these poor pups, one standard dachshund and one mini, had been living the “ruff” life for a while. It is unknown if they were no longer wanted and were let a-stray, or if they had found their own way out of their previous home. Either way, they were picked up and waited…and sadly were not claimed by anyone. 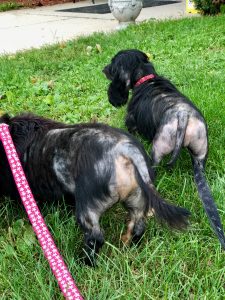 These poor pups were burdened with inflamed skin and major hair loss.

The wiener dogs, that we named Oscar and Adam, were dirty, had major hair loss and could barely waddle due to their long, curled nails. Their eyes were severely infected from an untreated illness, the hair they had left was matted, and their ears hadn’t been cleaned in a long time. Despite all this, they were happy, friendly and curious. Their predicament, however they found themselves in it, had no sway on their spirits. At Friendship APL, they began treatment and were placed up for adoption to continue the healing process in a home. It was at the Friendship APL where they found their adopter, who was the perfect person to start them on their new journey. 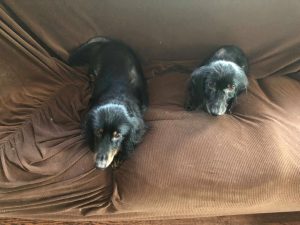 Their first night on their new mom’s couch. Their long journey led them to this!

“It’s like they’ve always been part of my life. So I renamed them Sam and Omie (after a restaurant in OBX) and Sam (the big one) is almost totally clear of his kennel cough. He takes his iniprinal every day for his heart failure and hopefully with that, he will have a full lifespan. He is a snuggler and a lap dog and enjoys sniffing around in the backyard. He and my golden retriever play well together and he runs around my house with a happy trot and wagging tail, making a thunderous noise. 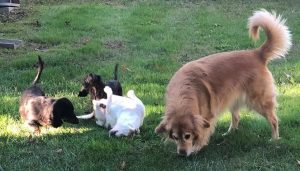 Sam and Omie with their new dog family.

Omie, the little wiener, is also a lap dog.  He likes to play with Sam but he’s happiest when I’m holding him. He had a clean bill of health and his skin is so much better. Both are growing their hair back. I love them and I know they love me.  Each night all four dogs sleep with me and they have their own space in my king sized bed and I have been left with 6 inches at the edge. So they are doing very, very well.” 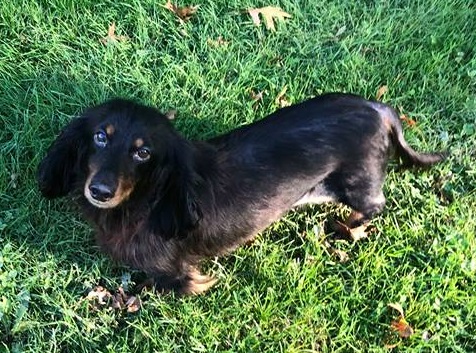 Look at them today! Their coats continue to improve.

“They are such good dogs! It would have been tragic if they would have been separated… I can’t imagine the thought if Friendship APL wouldn’t have rescued them. I am so very happy my daughter tagged me on your post that Saturday. I knew they were meant to be with me and I got out there early because I didn’t want to take any chances. They are just perfect. “ 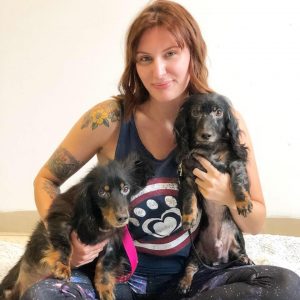