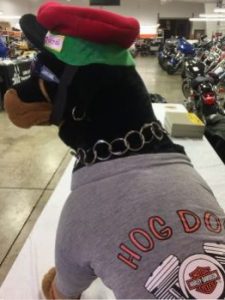 As FAPL volunteers Diane, Kevin and Gregg showed up to the festivities, they quickly commandeered the beer table, pouring both Great Lakes Christmas Ale and Labatt Blue to tantalize the holiday-seeking taste buds of Harley aficionados.  As patrons lined up for their brew, the FAPL trio kept things moving while tips were all donated to the shelter.  For most of the beer drinkers on the evening, once they discovered that the tips went to help the animals, they dug a little deeper in the pockets to fill the jar, something which we are all very grateful for. 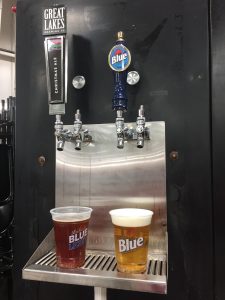 Local blues favorite Colin Dussault was on hand to provide the evening’s entertainment as he and two fellow musicians took the floor.  The mini-band took a detour from their traditional blues flavor, performing a number of classic rock hits that were enjoyed by all in attendance.  Dussault and crew played at a steady pace with little let-up in their talented performance, playing to the very end of the evening’s party. 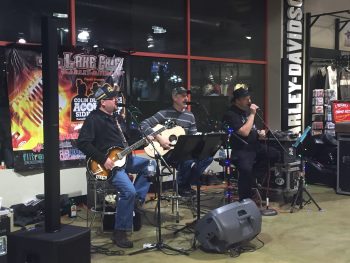 Finally, a Christmas party just isn’t complete without a visit from a certain North Pole resident.  In one of his last appearances before his big night, Santa paid a visit to Lake Erie Harley Davidson.  Not only that, but jolly old Saint Nick came in full red and white fashion with his better half, Mrs. Claus, as the two sat for photos with kids and spread holiday cheer.  Horsepower, beer, Santa and helping animals.  I’d say Christmas came early this year! 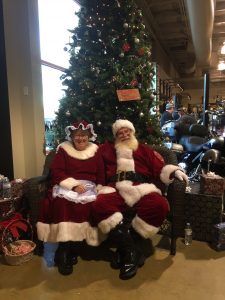 The relationship between Lake Erie Harley Davidson and the Friendship Animal Protective League goes back nearly three decades and we couldn’t be more appreciative of their help and attention.  This is especially the case during these cold winter months when strays roam our neighborhoods amongst the chilling air and bad owners leave their pets tethered outside on freezing winter nights.  If beers and bikes aren’t your thing, no worries, you can help out pets by contributing directly to FAPL and by reporting abusive and neglecting circumstances to FAPL and the proper authorities.

Look for the beer events to resume at Lake Erie Harley Davidson this March.  Until then, Merry Christmas, Happy Hanukkah and Happy New Year!