Two years ago, FAPL underwent its first internal renovation in a number of years. What is now the streamlined-looking blue dog room and orange cat room was once a less welcoming, but functional corner of our adoption center, has since been revamped into a much more animal and human friendly space. Fast forward to 2017 and the same efforts have been exacted on our remaining cat and dog caged spaces. The previous orange dog room is now graced with yellow walls. “Graced” being an appropriate verb as the room will soon be named “Grayce’s Tack Shop,” honoring Kimberly Grayce Roach, a former FAPL volunteer and Lake Ridge Academy student who passed away unexpectedly in 2016. Grayce’s love for the color yellow, and more importantly horses, earned the room color and tack shop moniker. 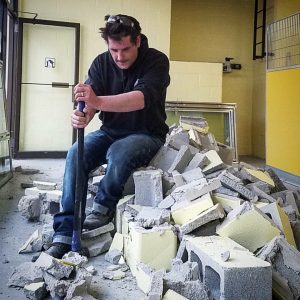 In addition, the blue cat room is now the purple cat room, changing out the stacks of stainless steel box cages for new, specially ventilated cat condos.  You’ll notice the vertical PVC pipes in the photos below which allow for the ventilation that greatly cuts down on litter dust and dander accumulation.  The portholes allow for a cat’s transit from one part of the condo to their litter box, thus separating it from their eating area.  Lastly, the green cat room is still green, but with the significant decrease in cat populations, is now serving as a dog overflow room, but is suited to house cats as well if necessary.

So while knocking down cement block walls and adding a fresh coat of paint are obvious improvements, you may be asking why the switch from the old style cages to new?  In short, the days of traditional cages at shelters are rapidly becoming a thing of the past.  While you may not be able to stick your fingers through a chainlink slot to have a dog or cat get acquainted with you, the gigantic plus is eliminating the spread of disease amongst the animals.  In short, what’s easier to wipe down and clean?  A fence or a glass door?  The grooves and intertwining nature of chainlink fencing are harborers of bacteria.  It is not uncommon for a dog to spread bacteria and even feces on this material.  The intricate weave is just not conducive for eliminating those microscopic baddies and preventing the spread of illness.

The glass doors are a safer option from not only illness, but possible injury as well.  With no loops or weakened fencing a dog could place their paws on, the quarter-inch tempered glass doors eliminate those hazards while also cutting down on some of the noise.  Plus, the kennels overall still allow for plenty of proficient airflow so their inhabitants can remain comfortable.  But enough on specs, let’s get to the visuals, right?!  Without further ado, Here are some of the before, middle and after shots of the room remodels.  On a personal note, I have to say I the outcome is not only aesthetically pleasing, but so much more functional now as well.

Formerly the Blue Cat Room, it is now the Purple Cat Room: 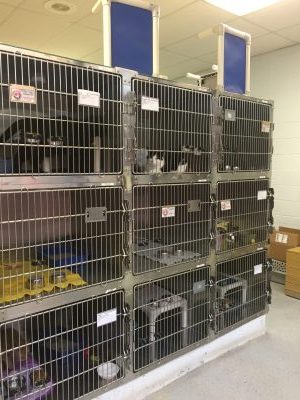 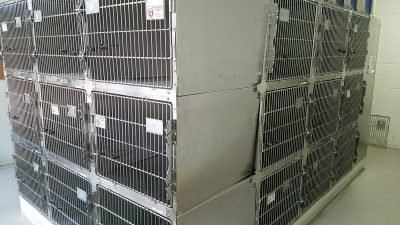 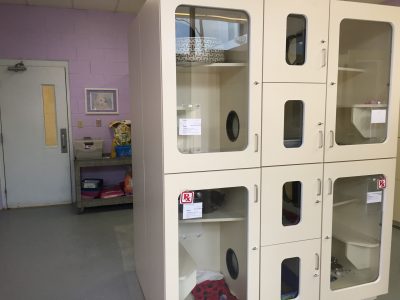 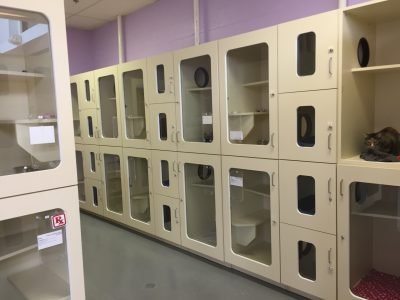 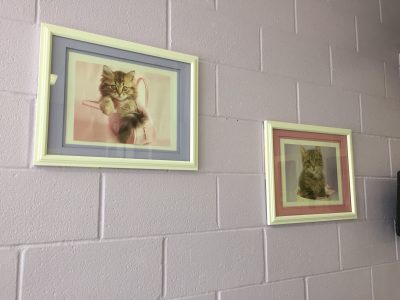 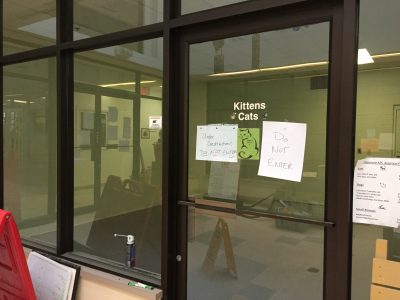 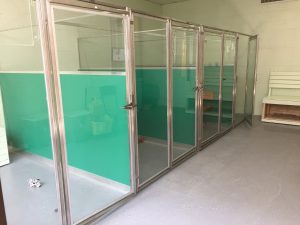 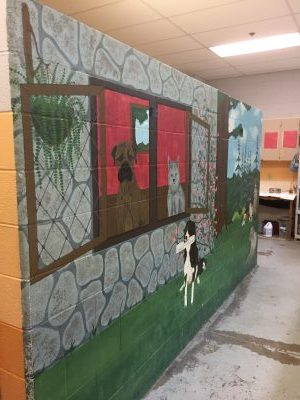 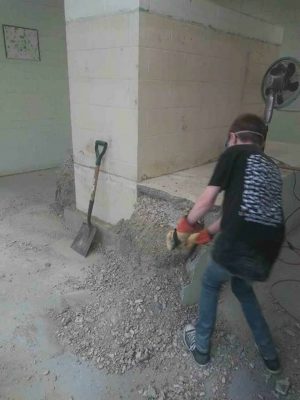 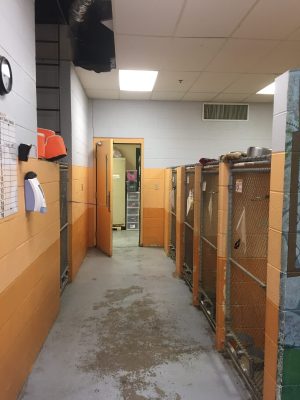 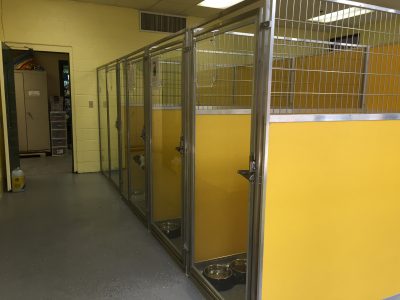 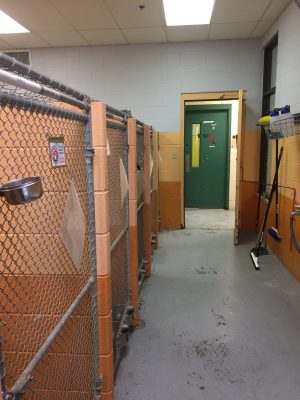 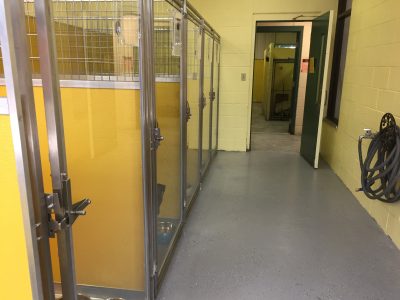 Without your donations, this would never have been possible!  FAPL would like to extend a massive thank you to all those who contribute their time and money!